Being my third year celebrating Thanksgiving outside of the US, but my first not actually recreating the meal for my international friends, I decided that if I can’t do the tradition, then I must do everything in the opposite of the tradition.

This year, amongst my travels, the Thanksgiving holiday fell towards the end of my weeklong trip to Paris with my parents.  For the special night we had planned on going somewhere nice, but the plans were really left in my hands as were the majority of the decisions for the trip in general.

Knowing that we had no place to prepare a proper turkey and pumpkin pie, I opted for a unique Thanksgiving dinner with my parents at one of my longtime favorite restaurants in the world, Le Refuge du Fondue, in the Montmartre neighborhood.

Of course, prior to doing dinner, we had to check out a few local establishments on the “Gypsy Style” sightseeing tour, which all include trying out the local beverages…wine that is.

After a few glasses at Le Cave des Abbesses, we made our way to dinner and fondue, where starting with our mini Camparis lead to a few baby bottles of wine per person along with the delicious fondue dinner.

The dinner was fantastic and quite the success, as my parents loved the non traditional Thanksgiving option, yet were eager to head home after a long and wine filled meal.

Already in quite the nightlife center and not having taken advantage of the full on Thanksgiving tradition of the “Night Before Thanksgiving Out”, I had to make up for lost times.  This meant heading over to the hot spot / mansion bar Le Carmen, to see what kind of fun could be had for a few hours.

As if my luck could not have been more back on track from that “clearing of my mind” session in London, I immediately stumbled upon a really unique party at Le Carmen.  Good thing for my business cards that got me into the bar, which I thought was initially just a tough door guy, but ended up being a private party for a magazine release.

The magazine, Schnock, own

ed by one of France’s past pop music talents who has recently been trying his hands in the DJ field, attracted many in the arts and media industries, so made for quite the cornucopia (no Thanksgiving pun intended) of new friends and very heavy drinkers for me to meet.   Topping off the evening was the new friendship with Chris, ever the eccentric host of the event.

Playing the role of a good Gypsy that night, I cut myself off long before the party was over, but I had been sufficiently intoxicated for quite a few hours. After all, I had to arrive home at a semi respectable hour of 3:00 am to the shared accommodations with my parents. 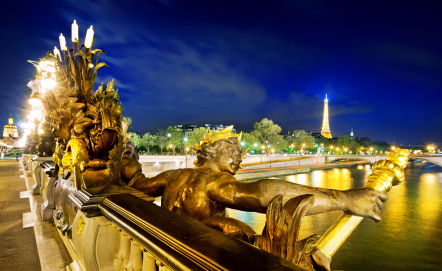 It has always been easy to work fairytale stories lines into my real life.  This night, picturing myself as a “Drunk Cinderella” with a timeline and imagining in the midst of a great party that my gold Sergio Rossi’s were about to turn into mice (or even worse, I twist an ankle and break a heel), made me ever the swifter in making my way into a taxi.

After all, who wants to turn into a pumpkin on Thanksgiving night!

*Inspired by my travels to Paris, I’ve teamed up with Braccialetti Cruciani to create the perfect wrist look for this destination.  Gypsy Love’s Cruciani, “Accessorizing my way around the world, one Cruciani Bracelet at a time.”

Hope to see you rocking this look next time you’re in Paris!

One response to “Thanksgiving in Paris – Baby Bottles and Party Crashing”